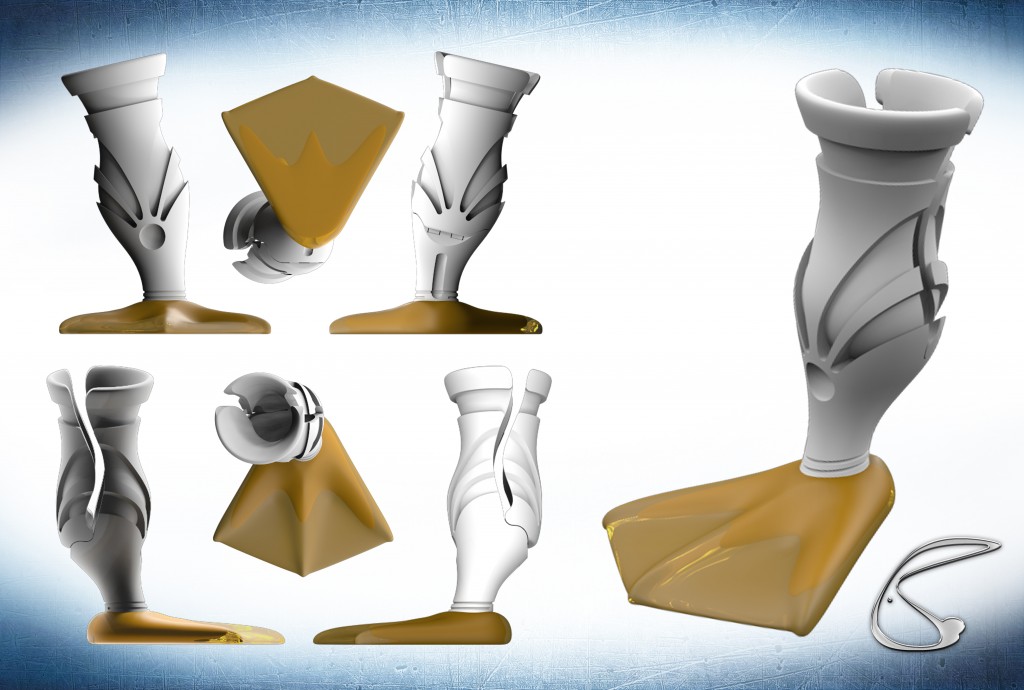 We are happy to announce the after the last two months of hard work, experiments and tests we have finalized Ozzie’s prosthetic leg.  For the past two weeks Ozzie walked with his final test leg proving that the design is solid and he is adapting quite nicely to using a prosthesis. We have learnt a lot through the process and are very happy to see positive results as Ozzie’s life is getting as close to normal for a goose as it can get.

From the last test leg we made minor changes to adapt for the final material and sent the 3D CAD file off to the Centre for Rapid Prototyping & Manufacturing (CRPM) at the Central University of Technology (CUT) in Bloemfontein. They were kind enough to Sinter (high end type of 3D Printing) us 2 legs and one foot mold in Polyamide (Nylon). 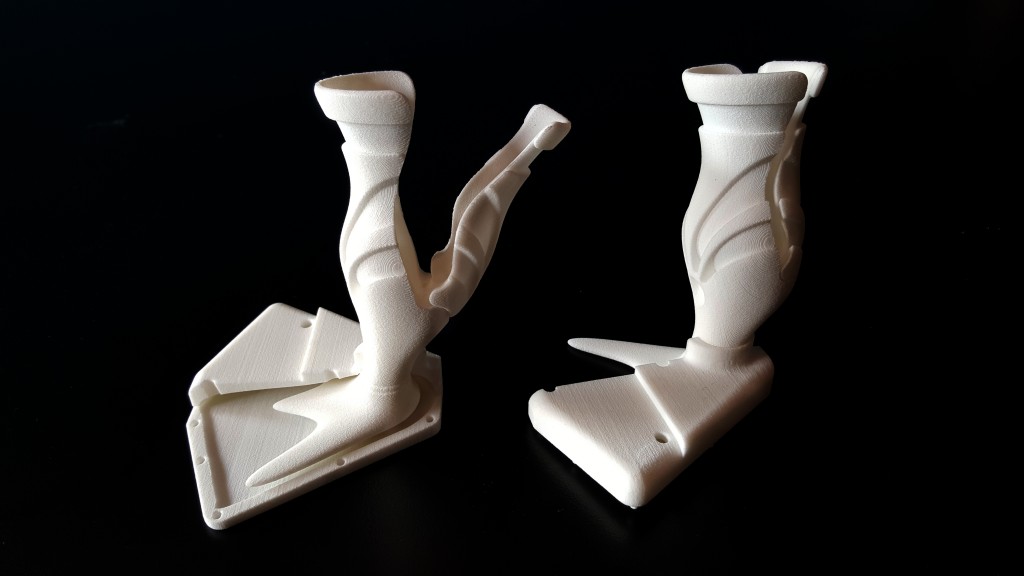 When the parts arrived we got some orange nylon dye and put on a pot, we dyed both legs orange and let them dry a bit. 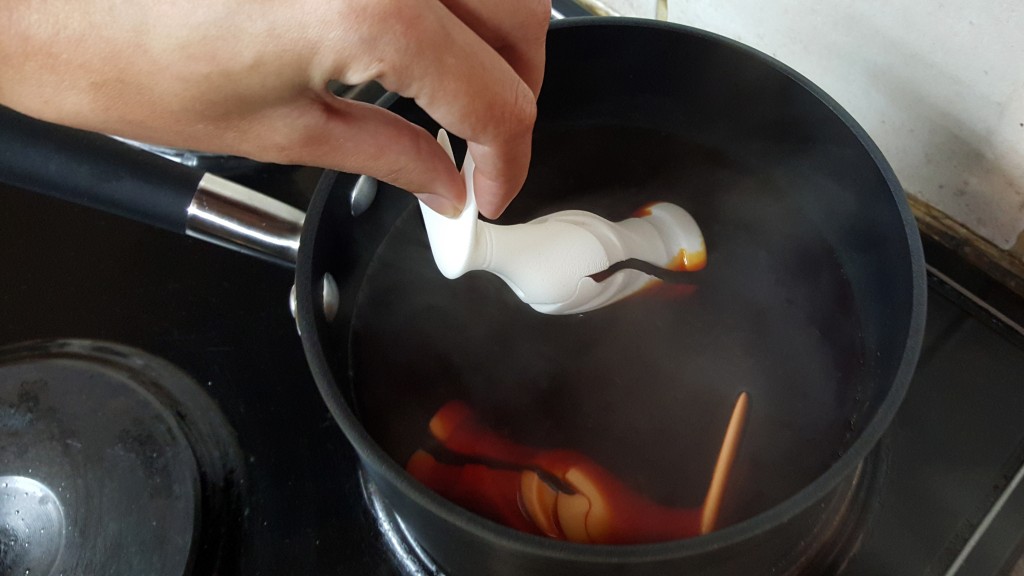 We did a foot cast using the 3D printed mold and let it set for a few hours .. 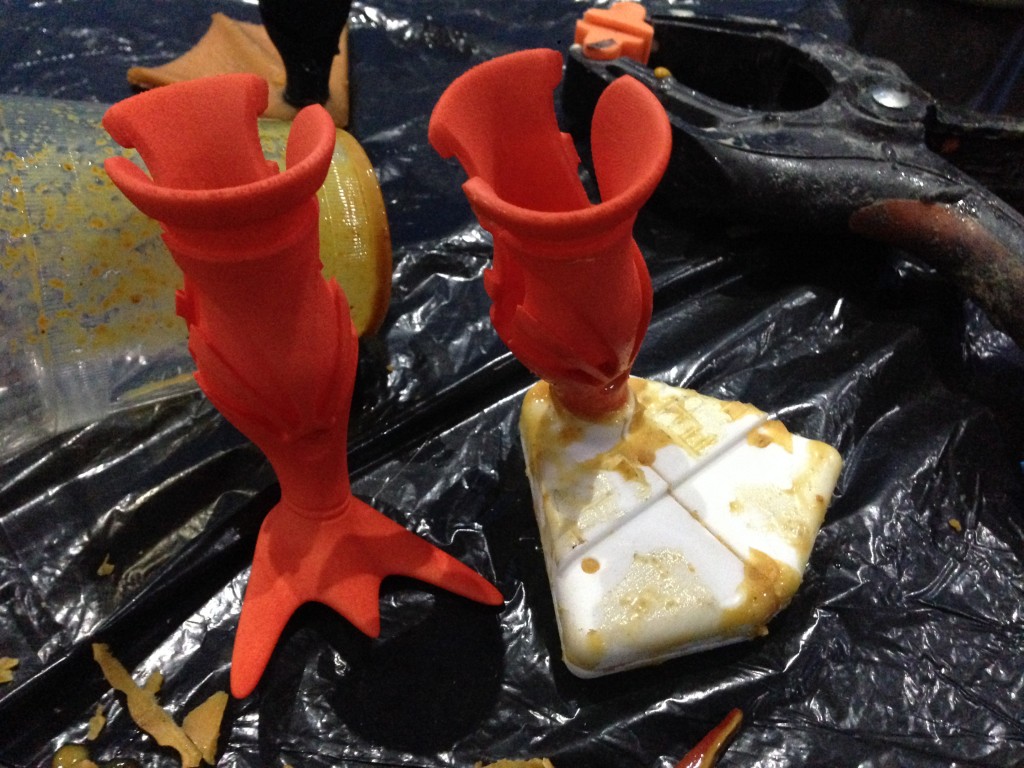 After some elbow grease we managed to open and clean the foot. 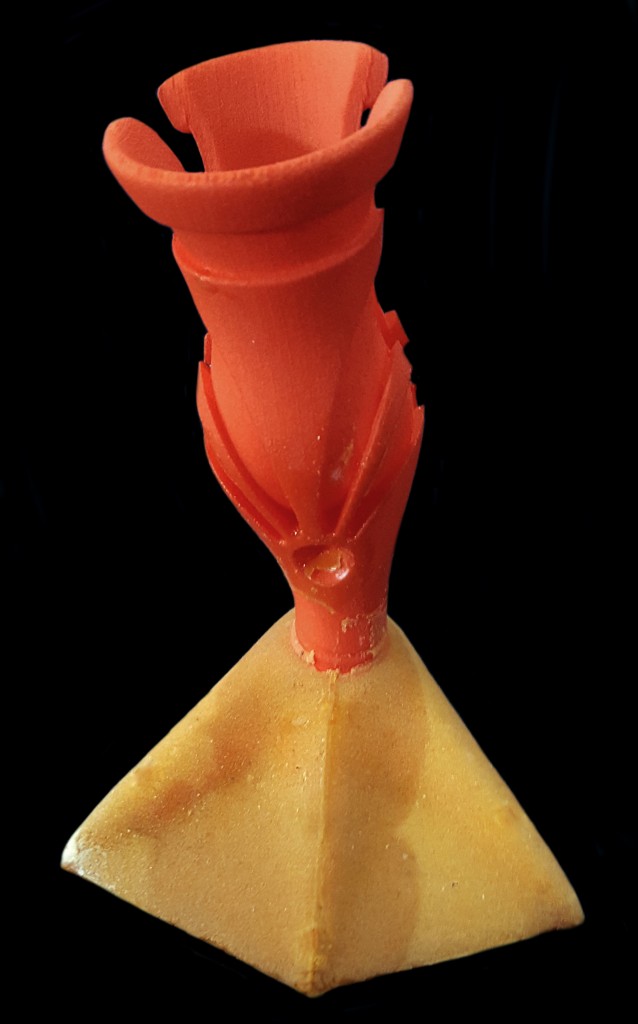 The leg was attached to Ozzie using a cable tie to secure the clamping socket. Ozzie was a bit disorientated as this leg is a bit lighter than the previous but he soon enough stood on both legs. He started walking around .. first lightly as he was still making sure the leg was holding him but with each step his confidence grew and we could see he was taking to it even faster than he did the previous version. 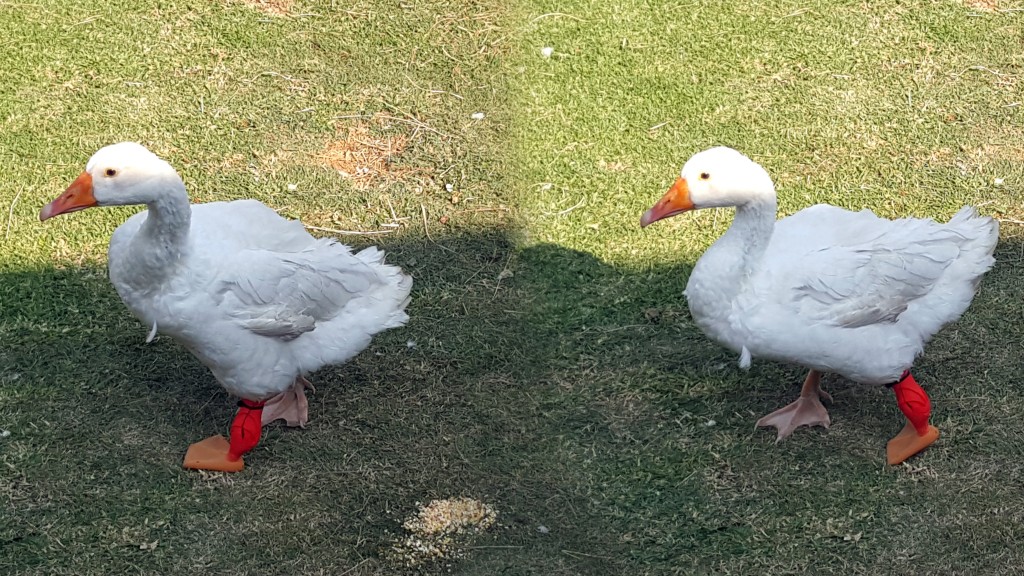 Ozzie also started doing a few things he never did .. eating while standing .. plucking out grass (apparently Geese do this) and jumping in his favorite pond without help .. he managed to climb out without much effort. He now uses his wings less and less to help with balance while walking, we even caught him running a bit! 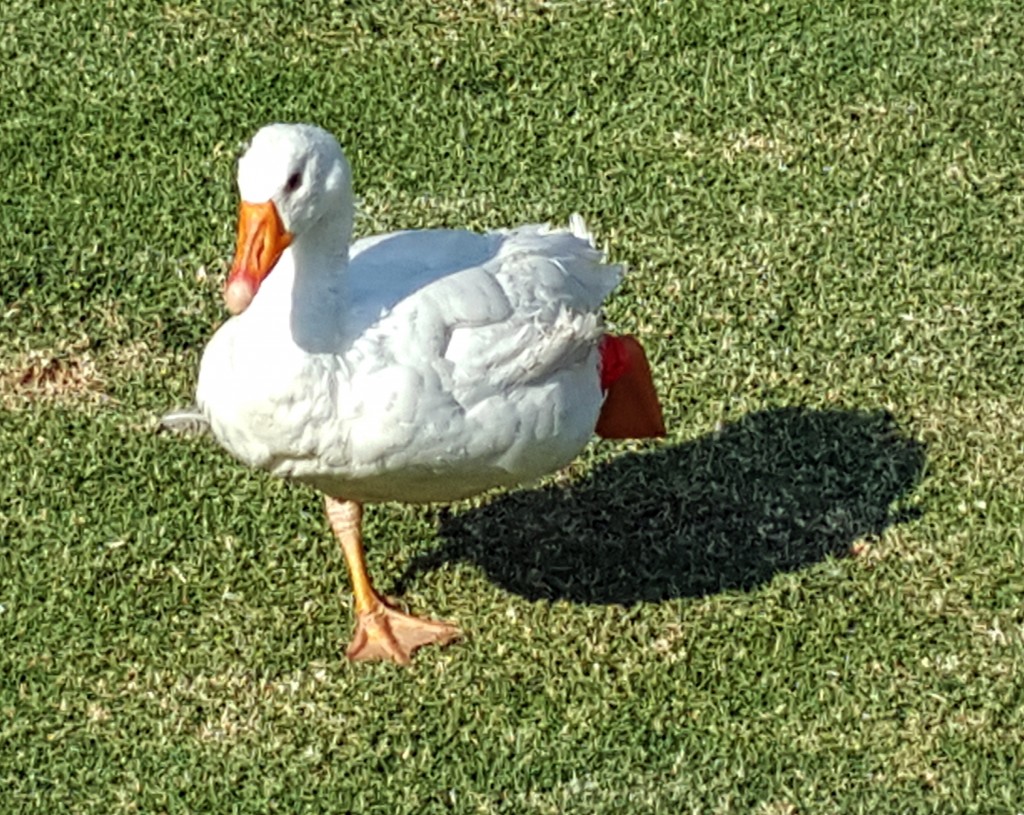 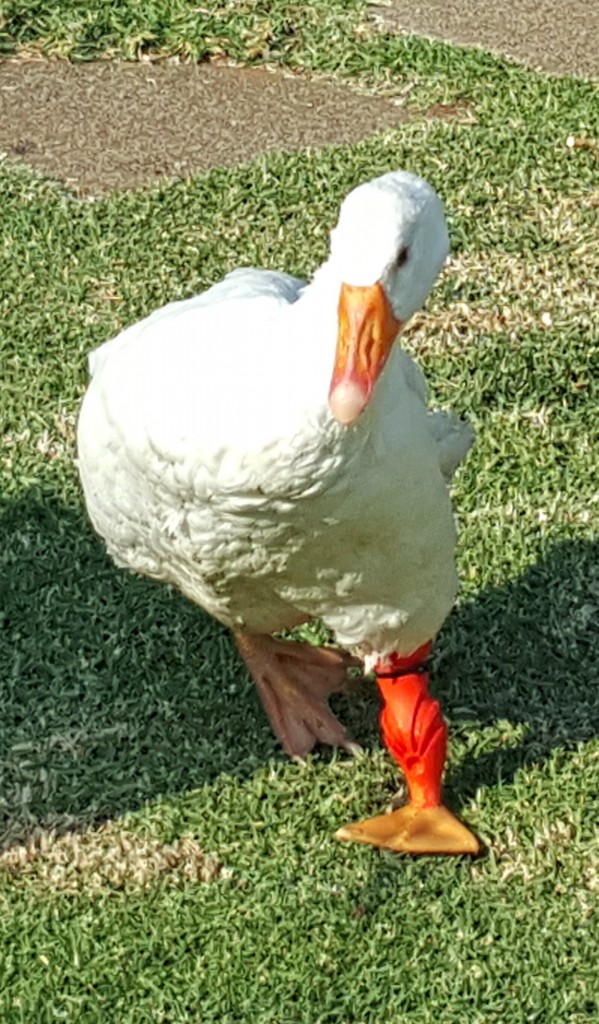 All and all he seems to be a happier bird and Sue says that he is becoming more and more self reliant learning what it is to be a goose and to do goose things .. 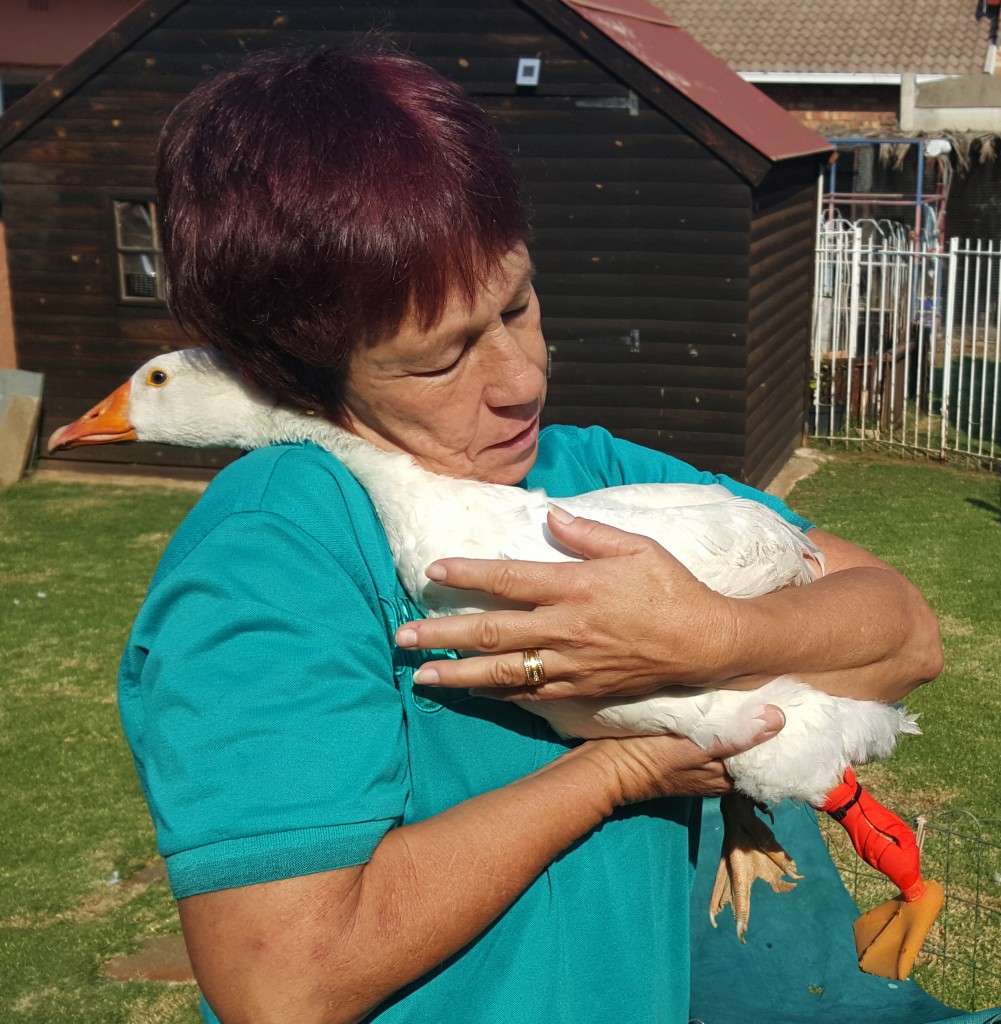 We also thought it might be nice to show how far Ozzie’s legs have come .. 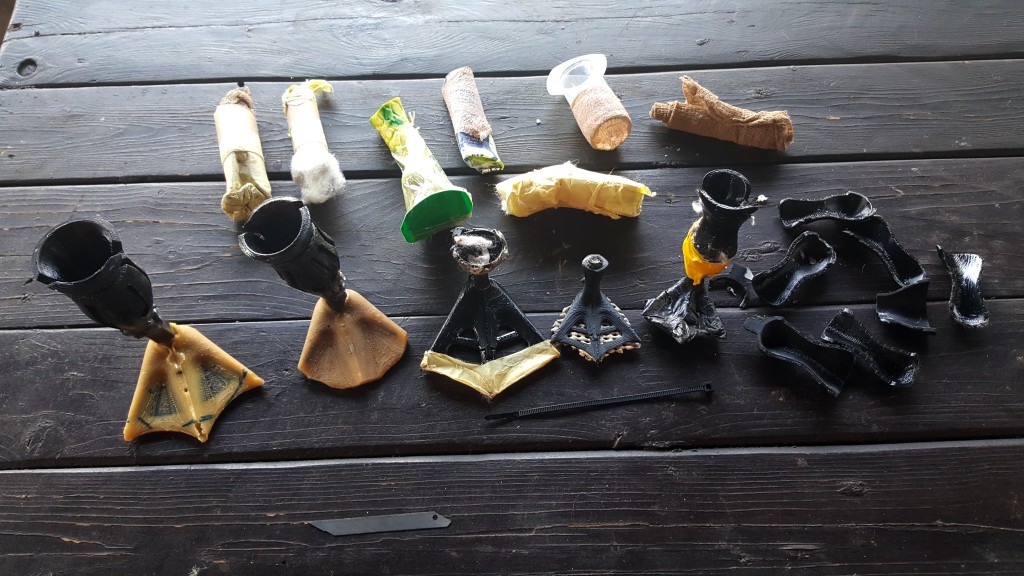 The top row you can see different types of quick fix legs Sue made just so that Ozzie could stand, bottom row is a few incarnations and tests we tried out during the process. Below some more parts, some of them didn’t survive the process though but this is all part of the process to develop a working model. 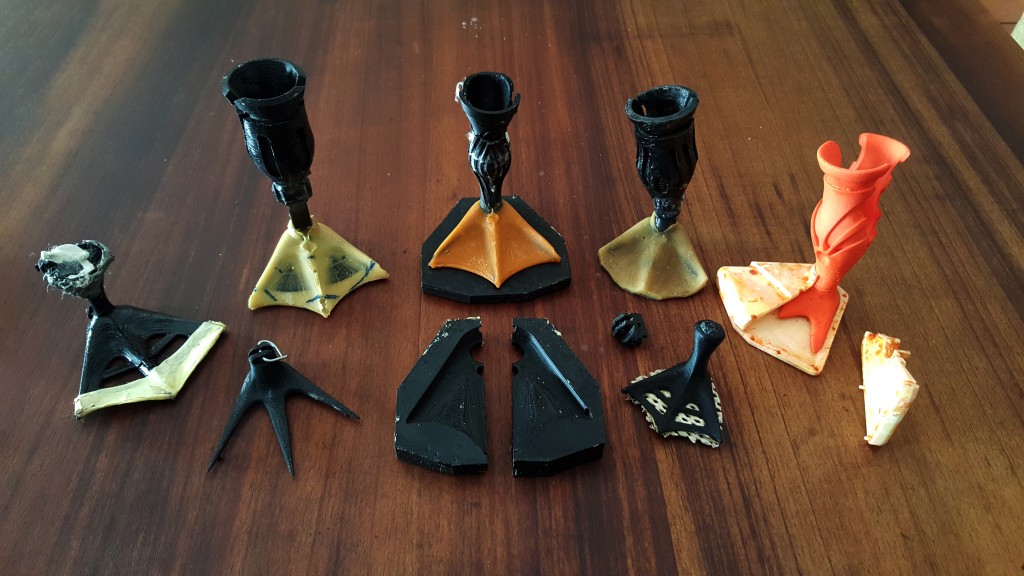 We will be posting some videos of Ozzie walking soon as we wanted to give him a few days to get used to the leg first so keep an eye out!

I would like to thank the following sponsors and who played a big role and without them we couldn’t have achieved the success we did.

J-Lee Inc.(Hybrid Advanced Geometries) for 3D Printing all the tests and samples and helping us with the finishing of the parts, also with the casting of the feet.

The Centre for Rapid Prototyping and Manufacturing (CRPM) for printing the final legs in a high end material, this helped us create long lasting prosthetic legs for Ozzie that won’t wear out!

BunnyCorp, I want to thank Jeané and Alwyn for their design inputs and long hours helping with CAD and tests.

The Media and public for all the interest and support and getting Ozzie’s story out there!

And lastly Sue and her family! Without a caring mom Ozzie would most likely never have survived to see the day he could walk again.